JASNÁ (22nd February 2021) - The women´s Audi FIS Alpine Ski World Cup in the Low Tatra´s Jasná resort is getting closer.  At the end of next week, March 6 and 7, elite competitors from all over the world, led by Slovak Petra Vlhová, will fight for important points in the hunt for a big crystal globe as well as the evaluation of slalom and giant slalom.

The organisers' worst fears that they would not be able to welcome fans in the competition area, even in limited numbers, were met. The situation with the COVID-19 pandemic not only in Slovakia, but also in Europe and around the world does not allow it. "We are very sorry that Jasná is hosting the World Cup after five years and Slovak fans will not be able to enjoy it live right next to the competition slope," says Matej Hulej, head of the organising committee.

All World Cup participants will be tested regularly

However, the absence of spectators is not something that the organisers are not prepared for. In the long run, they had prepared several possible scenarios and one of them was the complete exclusion of the public from the venue. "The World Cup will take place in closed area and only accredited participants who have a negative PCR and antigen test will be allowed to enter. Based on that, they will be issued accreditation and will be able to move only directly in the marked zones,” informed the event´s covid manager Peter Pukalovič.

The World Cup races will be the same way as in other centres across Europe this season in the so-called bubbles. The basis will be a red zone for competitors and their teams. "We need to create a zone of movement for them as much as possible without contact with other people. Even the service staff that will take care of them in the hotel, i.e. people in the kitchen or maids, will live there with them all the time and will not leave the regulated zone," explained Peter Pukalovič.
There will be four bubbles - in addition to the red one, there will also be yellow, blue and green ones. The whole event will be governed by the regulations of the Public Health Office of the Slovak Republic. All participants can pick up their accreditation only with a negative coronavirus PCR test not older than 24 hours, together with a negative antigen test directly at the entrance to the Jasná center. Each World Cup participant will be required to undergo COVID-19 tests every 72 hours, subject to all precautions and regulations, including wearing an FFP2 respirator. The test awaits each of the participants of the event also when leaving the venue in Jasná.

A new info line is in operation

"During the World Cup, an info line will be set up for fans, which belongs to the GOPASS program. Those interested can use the telephone numbers - calls within the Slovak Republic: 0850 122 155, calls from abroad: +421 220 510 448. However, we have been communicating with fans for a long time through our social media and the World Cup´s website," the media manager of the World Cup Michaela Grendelová says about securing communication towards fans.

"As we are extremely concerned about the safety of all participants in the event, we have created a safe environment for them with a unique antimicrobial self-adhesive foil COVERSAFE ™," specifies the safety of the event Matej Hulej. This special antibacterial foil will be installed on all contact surfaces within the organisation of the World Cup. "I believe that with this step we will also contribute to creating safe conditions for the competitors, the organising team, the FIS representatives and all the partners of the event," adds the chairman of the organising committee.

"We are pleased to be able to bring the COVERSAFE antimicrobial self-adhesive film to Jasná as the first and so far only center within the Alpine Skiing World Cup ™. Thanks to our joint partnership, this event will become one of the safest rounds of the World Cup series," said Igor Klein, the CEO of GERGONNE SLOVAKIA. And as he adds: “This foil will remain installed in its places even after the event. Even in the future, after its opening, it will be able to protect all visitors in the resort."

Traffic regulations after arrival in Jasná

In connection with the race in Jasná, it will not only be a matter of regulating the competition area itself and the relevant accommodation facilities. From Monday, March 1, traffic regulation will start in Demänovská dolina. Only participants of the event - accredited, property owners, accommodation providers and accommodated persons - will get into the valley. They will have to prove themselves either with the parking card of the accommodated person, issued by the local authority, by accreditation or by a one-time QR code, which will be given to each accredited person before the accreditation is collected. All vehicles will be inspected; each crew member must have the necessary documents.

Traffic will be regulated from the Lúčky car park from 1st March, and from 4th March (from 18:00), also from the catchment car park below.
The regulation will last until Sunday, March 7. "As the ski resort is closed and the World Cup is without spectators, we tried to create traffic regulations that would allow entry only to those who participate in the World Cup. At the same time, we did not want to restrict those who have their property in these places, who are landlords or accommodated persons. We ask the public for understanding," informed the head of the organisers Matej Hulej.

Still enough of work, Jasná is waiting for the last snow check

Preparation works of the World Cup are proceeding according to plan. "We have a lot of work to do because, apart from the preparation of the tracks, we have to prepare everything for temporary constructions, we prepared the starts, modified the finish line. Over the weekend, we have prepared a training hill, which will be available for training at the beginning of the week for the Poles and Slovenes who already submitted," reports Jana Palovičová, the sports director of the race.

In recent weeks, in Jasná, in addition to other duties, they have also been preparing the slopes for the competition or training. The only complication in this direction was that recreational skiers could not help the organisers with compacting the snow. The representatives of the International Ski Federation (FIS) will decide in the coming days whether everything is really okay. "During the current week, a snow check from the FIS awaits us, as well as the check of the readiness of the slope and measurements. It will be the last important step before the start of the World Cup," revealed Jana Palovičová.

When creating the trophies, their author, the artistic glassmaker Gordana Glass, was inspired by the Slovak folklore headdress and female beauty - the motifs of the World Cup in Jasná. "While the upper part symbolizes a woman's head and a flower, the middle part resembles ribbons at the headdress and at the same time shows the way to victory. The middle part is slightly wavy, which not only captures femininity, but it is also a little reminiscent of skiing position. There is a feeling of movement in it, it shows the softness of a flower and, at the same time, a great force, which every competitor hides in herself,“ the marketing manager Jana Tužinská describes the Jasná World Cup trophy.
The trophy is made of glass, painted with glitters of precious metals. But glass is not an ice material, and the moment the sun shines on it, its heat will appear, which will melt in the flower. Each flower is original, just as each person is unique. The front petals of the flower are painted in gold, platinum and rose gold. It consists of the traditional technique of hatched glass, melted to 820 degrees. The gold trophy is 42cm long and weighs 2kg. It also differs from the other two by a raised tip at the top. The silver and bronze trophies are each 2 cm smaller.

In addition to beautiful trophies, the winners of the event will also receive a piece of Slovak tradition in the form of a special head dress together with the title FLOWER QUEEN OF JASNA. The head dresses that will be received by the winners of the World Cup in Jasná were created within the project called Headdresses in the 21st century, and are inspired by headdresses from Liptov - Liptovské Sliače and Podunajska - Martovce. The headdress symbolizes and highlights the natural beauty and femininity in contrast to the strength and fighting spirit that is characteristic for such a tough sport as alpine skiing. "The headdress highlights the natural beauty of a woman, which is supposed to symbolize this World Cup as well," explains the marketing manager.

"Due to the pandemic situation, fans will not be able to encourage the world's best skiers directly in Jasná, but they do not have to stay completely "off the slope". The organising committee will draw them into the event in an attractive way - with the use of modern technologies and social networks,” explains the event's PR and media manager Michaela Grendelová. "We will welcome the crowds in Studio Jasná, which will bring a rich program on the website and the official profile on Facebook all week, thus conveying the atmosphere behind the scenes of the largest sporting event in Slovakia in 2021." The public will be able to see the venue of the World Cup on the website www.worldcupjasna.sk and on the FCB profile Ski World Cup Jasná.

The general partner of Studio Jasná is Audi Slovakia. "Audi lives by skiing and tries to bring it as close as possible to the fans. We think this project is great, especially at a time when fans can't experience the race the way they used to. In addition to amazing experiences on the slopes, Audi also brings amazing experiences on the road. And that is why we will bring something to Jasná that has not been in Slovakia yet. You will find out in Studio Jasná what it will be,“ said Emil Skákala, Marketing Manager of Audi Slovakia.
Studio Jasná will broadcast daily from 1st March daily from 6:00 pm to 6:30 pm and during the competition weekend, also before the start of the race. "As we move in the online space, all parts of Studio Jasná will be available on the web and Facebook at all times," added Michaela Grendelová. 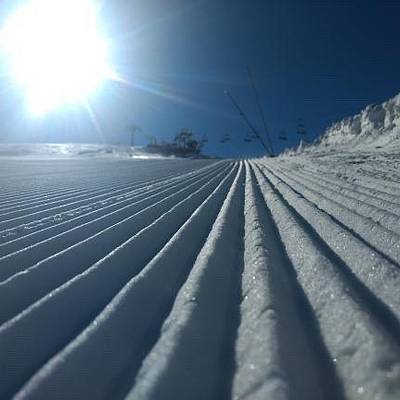 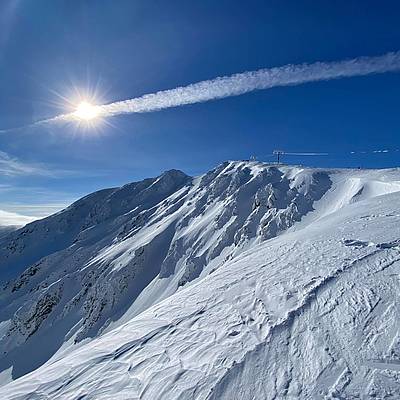 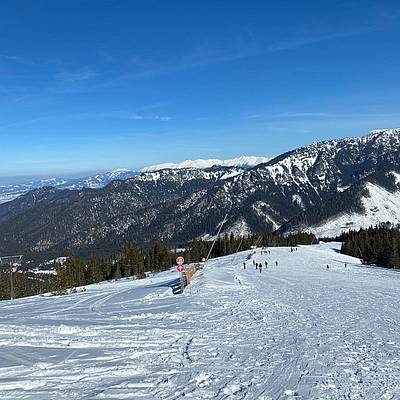 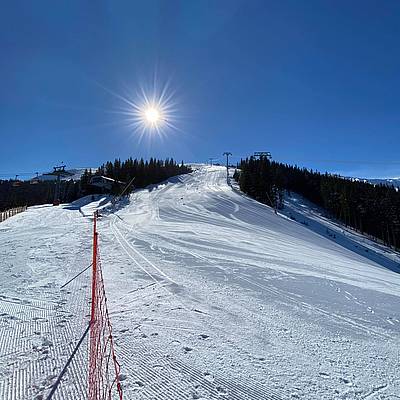 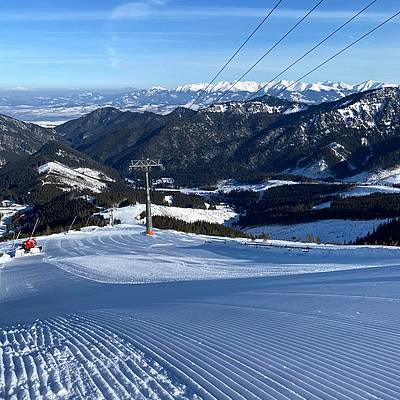 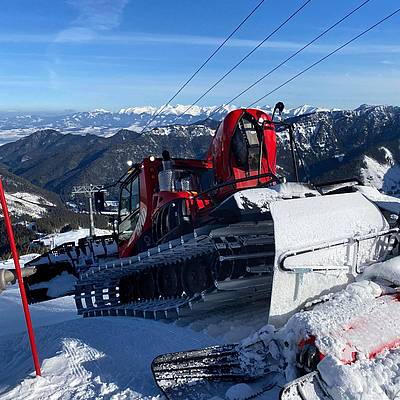 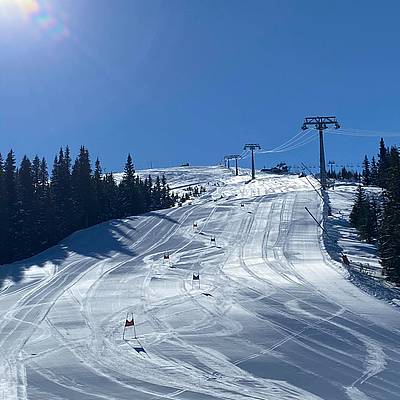 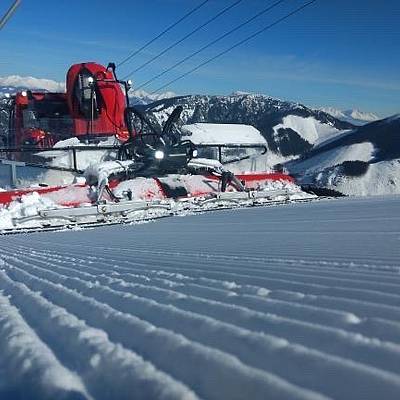