JASNÁ (23 July 2020) – The Slovak ski centre in Low Tatras Jasná is one step closer to the organisation of the women´s slalom and giant slalom within the FIS Alpine Ski World Cup. The ski centre already hosted the FIS inspection headed by the FIS Chief Races director of women section Peter Gerdol. The delegation was checking the rediness of the organisers to welcome the world´s top competitors in Jasná on 6th and 7th March 2021.

The event will also become the 82nd Grand Prix of Demanovska Caves, as it is the second oldest ski competition in Europe.

The inspection included a visit to the competition slope, where the Slovak organisers presented all aspects of the course. Equally important were the issues of the whole organisation of the event and accompanying events, issues related to the broadcasting and production of a television signal or marketing and other sports issues.

The FIS delegation was very satisfied with the conditions in Jasná. "I know this competition area well, as I have been here in the past at the World Junior Championships or the European Cup. The hill is great and we are happy with it. We are looking forward to seeing the World Cup in Jasná again after five years. However, we considered it very important to come here in person, because contact with the organisers is important. We are particularly interested in issues related to television broadcasts, the placement of cameras in individual positions and we also pay attention to general security," said Peter Gerdol from Slovenia, the director of the women's part of the World Cup.

“We are very glad that the FIS representatives arrived here to Jasná. As we have already successfully organised the World Cup event in 2016, the visit was more-or-less about the tuning up some issues and we also accepted some new challenges which are waiting for us in context with the coronavirus pandemic. We already have the experience with the organisation of such event on a high level but we do not want to go down with the level of the quality. We would like to push the World Cup in Jasná even on a higher level. We built on the base we set five years ago and we will implement some corrections after the FIS inspection,” said the president of the organising committee Matej Hulej.

The FIS delegation was very satisfied with the conditions in Jasná. "I know this competition area well, as I have been here in the past at the World Junior Championships or the European Cup. The hill is great and we are happy with it. We are looking forward to seeing the World Cup in Jasná again after five years. However, we considered it very important to come here in person, because contact with the organisers is important. We are particularly interested in issues related to television broadcasts, the placement of cameras in individual positions and we also pay attention to general security," said Peter Gerdol from Slovenia, the director of the women's part of the World Cup.

In recent months, the world of sports has been significantly affected by the coronavirus; in the spring, works on the organisation of the World Cup in Jasná were suspended. However, they are currently in full swing. "We need to keep a close eye on the situation. The pandemic made the situation much more difficult for us, but we do not want to leave anything to chance and we are preparing several possible scenarios for the organization of the World Cup. We would like to host the world's top women with the spectators right next to the course, but we must also keep in mind the possibility that certain restrictions will apply. It will all depend on the development of the situation. We are fully aware of how the event may change due to the coronavirus," added Hulej.

In connection with the above circumstances, the hosts of the World Cup in Jasná have decided to include an expert in the organising committee who will closely monitor the situation with the spread of coronavirus and all related matters. "The organising committee will include a covidmanager who will communicate with the authorities, the FIS and will monitor the development of the situation in all aspects. The core of the organising committee consists of people who participated in the preparation of the World Cup in March 2016, but we are currently adding other people to this team," said Michaela Grendelová, head of the event's communications.

She also informed about other issues related to the world-class event that the Jasná ski resort will host in March 2021. “We are fine-tuning the visual and the entire marketing presentation, which we will present soon. With FIS, we also decided on the selection of a signal producer which will ensure its spread around the world," Grendelová continued, adding: “We believe that the situation will allow us to organise the event in full mode so that people can have fun directly on the slope in Jasná like it was in 2016. If there are other conditions, we will prepare live broadcasts from the accompanying events, such as the traditional draw of the starting numbers of the elite fifteen competitors."

Comparing to 2016, the organisers are preparing several changes in connection with the competition course. "We would like to make it more interesting thanks to more uneven terrain. This is the upper section, where the track is uniform and a small change in rhythm due to the unevenness makes the race even more dynamic. In 2016, we did not succeed in this intention; I believe that this time everything will turn out successful," said Martin Kupčo, the course commander of the World Cup. He also added another point of interest. "Since we finished last season earlier, we managed to accumulate a lot of snow in the finish area. We have set aside about 14,000 cubic meters of snow. We need to eliminate the diversion of the slope at the lower edge of the finish area, and we need four to five meters of snow to achieve that. We have a presupply that we will use for that." He also highlighted the cooperation of the organisers of the prestigious event and the Slovak Ski Association (SSA).

"From the Slovak Ski Association point of view, the results of the inspection are as expected, everything is fine. I think that the cooperation between the organising committee and the Slovak Ski Association is excellent. Unfortunately, due to the coronavirus situation, we had to cancel the World Cups in grass skiing and roller skiing, so I firmly believe that the World Cup in Jasná will not be endangered. We will do everything to ensure that the FIS representatives are satisfied with the organisation of women's alpine skiing, and so we could request the allocation of next World Cup races for Slovakia," said SLA Vice President Marino Mersich.

Jana Palovičová, the sports director of the race, was also satisfied with the FIS control. "The control day was very classical. We are happy that we involved so many people and everything went well. The FIS representatives are satisfied and that is important. The most challenging thing is to reconcile the security and position of the cameras. We want even livelier transmissions to show the sophistication and beauty of our track. We would like to welcome fans without restrictions, but we also have plans that we will apply according to the current situation with the coronavirus. We are positive about the situation," said Palovičová.

In the first half of March 2016, Jasná hosted the first World Cup in alpine skiing on Slovak territory after 32 years. The very successful event was attended by thousands of fans, who watched the performances of Petra Vlhová, the American star Mikaela Shiffrin or Veronika Velez-Zuzulová, who said goodbye to Slovak fans taking third place in the slalom and finally hung the competition skis on a nail two years later. 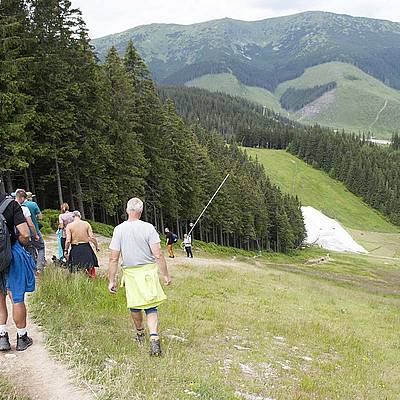 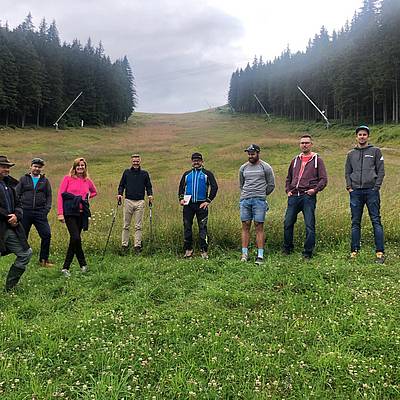 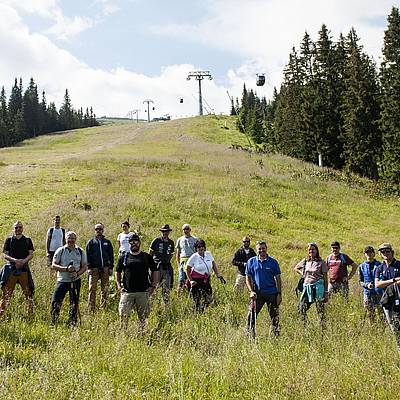 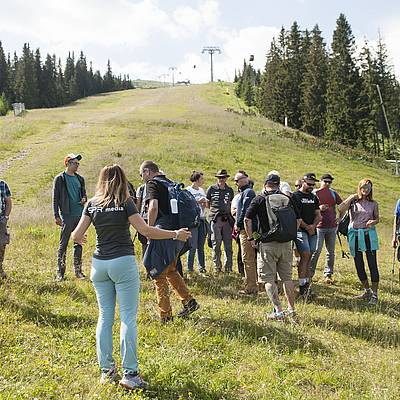 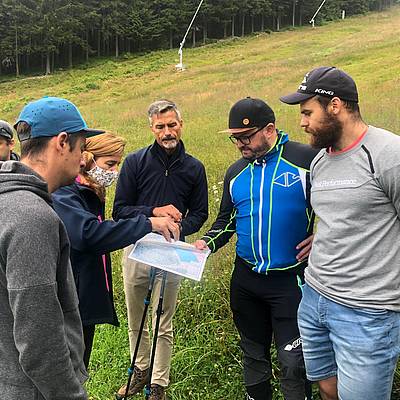