JASNÁ (28 January 2021) - The Audi FIS Women's Alpine Ski World Cup in the Low-Tatras resort of Jasná (March 6 and 7, 2021) is slowly but surely approaching the final phase of preparation. Recently, experts are already working on the slope itself, and the training hill will come next. The situation of the organising committee is complicated due to the ongoing coronavirus pandemic.

The World Cup in a bubble, tickets in competition
The organisation of the World Cup in Jasná, as elsewhere in the world, is complicated by a coronavirus pandemic. This applies to strict safety measures for competitors and their teams, the organisational team itself, and restrictions are also applied on the World Cup visitors. The chairman of the organising committee, Matej Hulej, informed: “During the World Cup, entry to Jasná will be regulated. If the resort is open during the race, skiers with a purchased ski pass will be allowed to Jasná .It is still uncertain whether there will be the World Cup with fans. If spectators are allowed, we would like to welcome 500 fans here every day. However, we can say in advance that tickets will not be sold. Fans will compete for tickets in our upcoming online project of the Jasná studio. Fans will learn more in February. "  According to Matej Hulej, the current situation is very difficult. "The organising committee is working hard, but it must be said openly that the situation is not easy. The closed ski resort made a significant cut over our budget, in addition, we cannot sell tickets, we also lost revenue from sponsorship. We try to save where we can," revealed Matej Hulej. "The World Cup is an event of national significance for Slovakia and we will do everything we can to organise this important event in the current conditions the best we can,” adds Hulej.

The organisers also consulted the length of the course with Vlhova's coach
The organisers of the World Cup are also working to ensure that the 25-year-old Liptov born Petra Vlhová can take advantage of the home environment in Jasná. "The starts of both tracks are profiled so that they are not in the contour line, but are placed at an angle. We tried to make the tracks as long as possible. And that should also suit Petra Vlhová, we also consulted the length with her coach Livio Magoni," revealed the commander of the World Cup competition track Matej Kupčo.
He also commented on the tracks: “The start of the giant slalom is the same as five years ago, on Luková, so there is no change in this direction. Two hundred meters after the start, the first terrain wave follows, which should make the track more attractive. The second wave is between the substitute start of the giant slalom and the start of the slalom.” If the World Cup race in Jasná wants to win the favor of foreign experts, they must do their utmost to ensure that all competitors have the same conditions on the slope. "We will also prepare the prepared snow on the training track. It is a common practice and standard in other venues of the World Cup," says Kupčo. The fact that there is no public on the slope does not help the organisers in Jasná. Thousands of skiers a day would definitely help the preparation and compaction of the track which now needs to be prepared manually.

Competitors follow the restrictions even beyond the agreed rules
The last year´s situation around COVID-19 brought many new responsibilities to the organisers. And since the situation is still not good, the reality is likely to be the absence of fans in the resort or their minimum number. "It's a science fiction rather than a reality at this time. However, the great wish of the entire organising team is that the World Cup can also be enjoyed by fans, albeit under strict measures. It will certainly not be possible to prepare it as we did five years ago," informs the event's Covid manager Peter Pukalovič.
The alpine ski World Cup races around the world operate in a significantly changed form compared to previous seasons. And Jasná will not be an exception at the beginning of March. The basis of everything is four colored zones, each for a different group of people with an emphasis on keeping everyone safe, including competitors and their teams. "The current situation allows us to have an enclosed space and only people who come with a confirmation of a negative test for coronavirus and will also have a negative test after arrival will be let in. They will get accreditation and will only be able to move directly in the area,” Pukalovič reports. Experiences from other resorts show that the organisers do not have to persuade the competitors to comply with safety measures. “On the contrary, they themselves want to strictly adhere to them," added the Covid manage.

The FIS has not yet commented on whetherJasna can substitute Semmering
The points in the women's alpine ski World Cup should be distributed in Jasná during two weekend days, on March 6 and 7, 2021 in slalom and giant slalom. However, the organisers of the World Cup in Slovakia have previously informed the International Ski Federation (FIS) that they are ready to prepare another giant slalom on Friday, March 5, which would substitute the canceled race in Semmering, Austria, at the end of December 2020. “We have no news in this direction. The FIS has received a report and must comment it," informs the World Cup sports director Jana Palovičová.
In addition to the preparation of the race in the Low Tatras, she is closely following global events in this prestigious series, led by Petra Vlhová. "It turns out that the rules were set well before the start of the season, as all participants are safe," Palovičová continues.
She also added that there is too much time left until the race in Jasná to determine what the situation will be around the coronavirus pandemic, whether in Slovakia or in the world: "The core is that there will be a safe bubble in our country as well as elsewhere." Whatever the situation, all persons should comply with all regulations designed to eliminate the spread of coronavirus when entering Slovakia. However, as in other countries, competitors and their teams should be granted an exemption to enter the Slovak Republic. 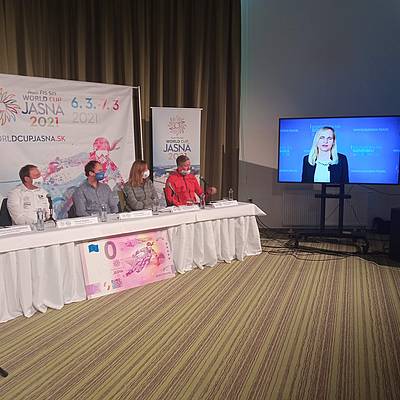 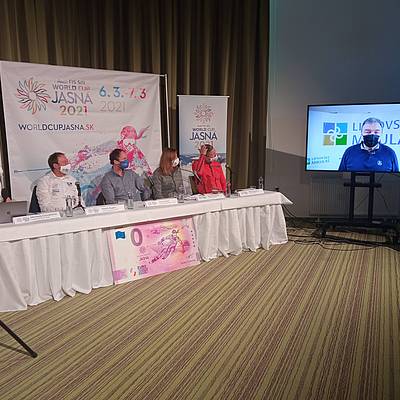 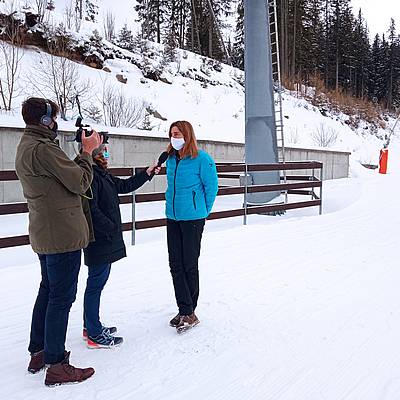 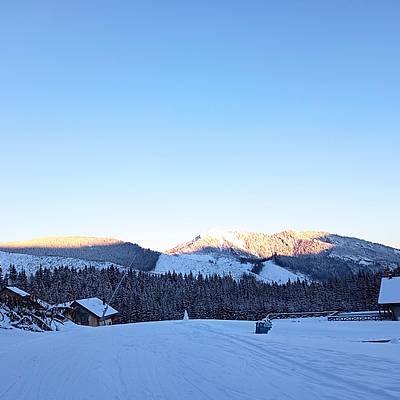 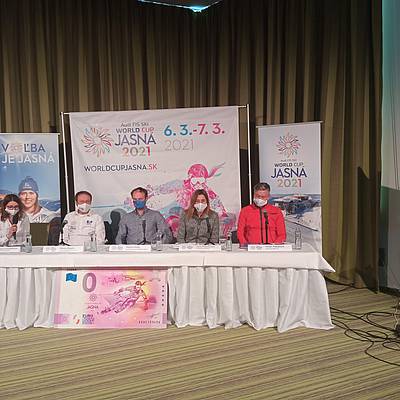 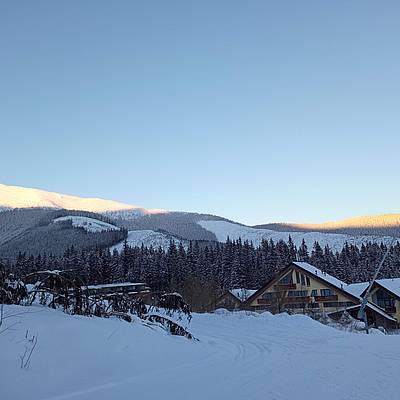 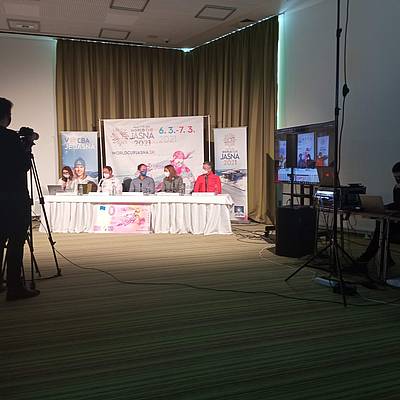