JASNÁ (1 March 2021) - The Audi FIS Alpine Ski World Cup races in the Low-Tatras Jasná resort are irresistibly approaching. The best skiers from all over the world will perform in Slovakia next weekend. Petra Vlhová will also be among them, and she will try to collect as many points as possible in the fight for the big crystal globe on Saturday 6 March in a giant slalom and a day later on Sunday 7 March in the slalom.

The FIS gave Jasná the green light, the readiness check turned out well

The extraordinary efforts of the Slovak organisers were aimed at ensuring that Jasná complied with all regulations of the International Ski Federation (FIS), in addition to the area, the slopes also had to be inspected – the training and competition one. A FIS representative, Wojciech Garewski of Poland arrived in Jasná and did not hide his satisfaction with the readiness of the center for this week's race. "It's prepared so that it could host the competition here even tomorrow. Only a little lower temperatures are missing. The snow is good, so we approved the course," he said. "The snow mat is sufficient, we have enough snow. This weekend we finished the modification of the competition hill," said Jana Palovičová, the sports director of the race.

The condition for entering the center is a negative PCR test. Directly during the pick-up of the accreditation, each participant passes a control antigen test. At the same time, everyone will be retested every 72 hours, even when leaving the center. As it has been known for several days, the World Cup will be without spectators in Jasná. The World Cup races, as well as in other centers across Europe this season, will be in the so-called bubbles - red, yellow, blue and green. The red zone will be intended for competitors and their teams.

closed during the whole current week, it was also necessary to regulate traffic in the Demänovská valley. "As of today, i.e. from Monday 1st March, the entrance is forbidden for vehicles without the appropriate permit from the Lúčky car park, and from Thursday 4th March 4, from 6 pm also from the Lower Parking Lot. The restrictions will last until Sunday 7th March. The aim of these measures is to ensure the best possible security of the area so that unauthorized persons do not move in its immediate vicinity," said the chairman of the organising committee of the event, Matej Hulej.

The first trainings in Jasná start tomorrow. Slovak star Petra Vlhová should try the hills in Jasná on Wednesday. "Petra currently had three challenging days in Val di Fassa, Italy. After arriving in Slovakia, we will leave her only a day off, tomorrow she will have two-phase fitness training and she will stand on the hill on Wednesday," says Matej Gemza, one of Petra Vlhová's coaches. Petra herself is looking forward to a few days at home. "I'm always looking forward to coming home but I'm afraid I to relax too much. I have to keep in mind that the season is still long. Now, I will also be at home but during and before the race I will be directly in Jasná so that I can concentrate 100% on the race,“ says Petra Vlhová about her attitude before the World Cup in Jasná.

Due to the pandemic situation, the fans will not be able to encourage our Petra Vlhová and the world's best skiers right on site in Jasná, but they will not stay completely "off the track". “Today, on 1st March at 6 pm, we have prepared a program for the fans, which will be hosted by the Europe 2 moderators Vlado “Láďo” Varecha and the well-known skier Tommagio from Rádio Anténa Rock. Today, they will take Andrea Bučko to the Jasná studio, who, together with Dominika Kawashová turned her hit "Invisible Woman" into ski mode as an ode to Petra Vlhová," explains Jana Tužinská, the event's marketing manager. The list of personalities involved in this exceptional project is extremely attractive - the great Slovak skier Veronika Velez-Zuzulová, the Žampa brothers or members of the Petra Vlhová´s fan club. "We will welcome the audience in Studio Jasná, which will bring a rich program on the website and the official profile on Facebook during all week, thus conveying the behind-the-scenes atmosphere of the largest sporting event in Slovakia in 2021. Current interviews, behind-the-scenes views, online interviews with competitors and interesting guests, crazy challenge videos and plenty other contests,” explains Michaela Grendelová, PR and media manager of the World Cup. Studio Jasná will broadcast daily from 1st March starting at 6 pm to 6:30 pm and during the competition weekend before the start of the race. "As we move in the online space, all parts of Studio Jasná will be available on the web and Facebook at all times," adds the PR and media manager. 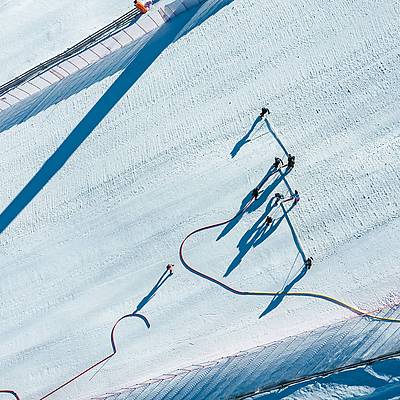 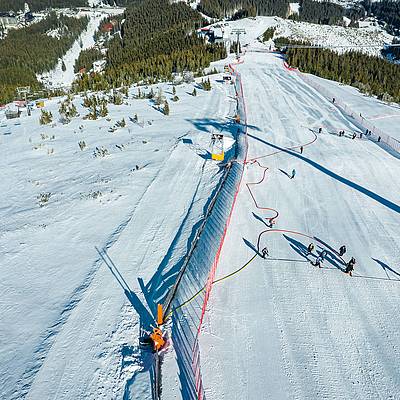 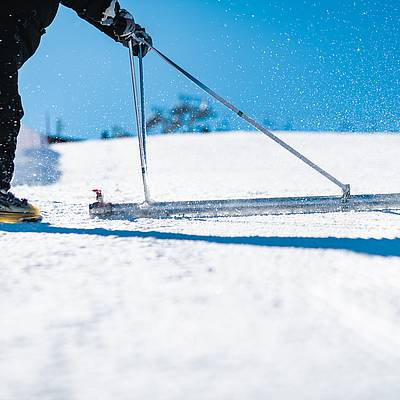 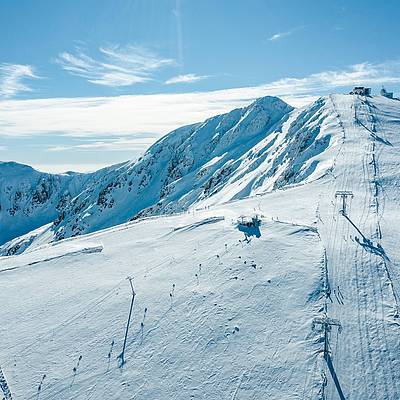 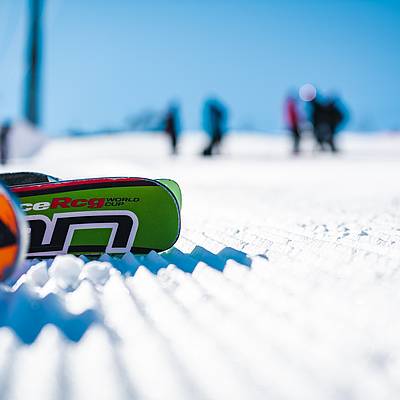 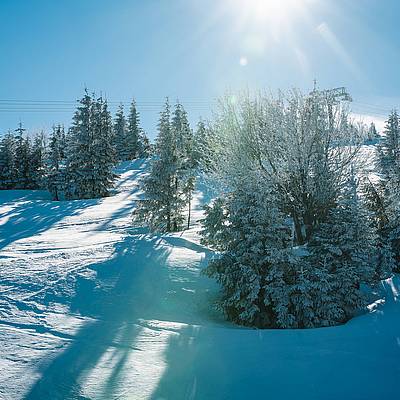 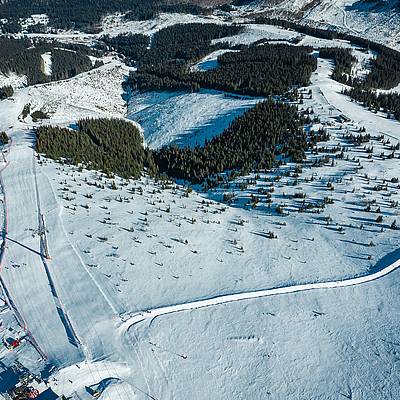 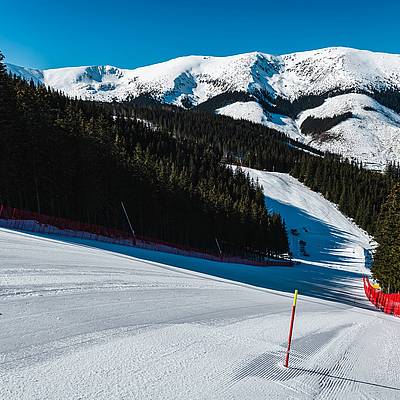 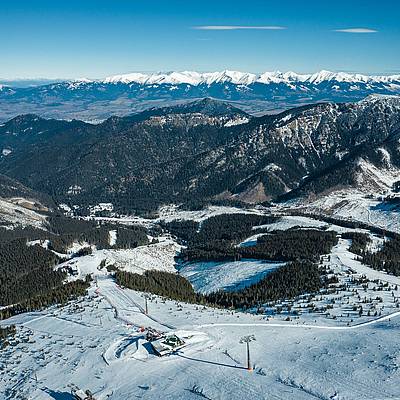 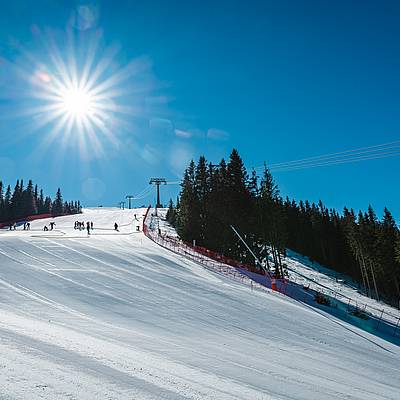 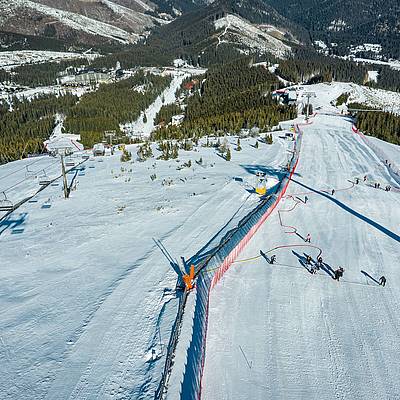 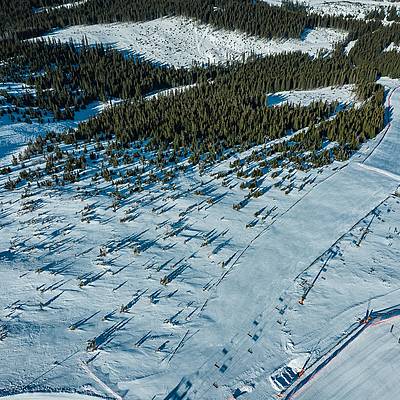 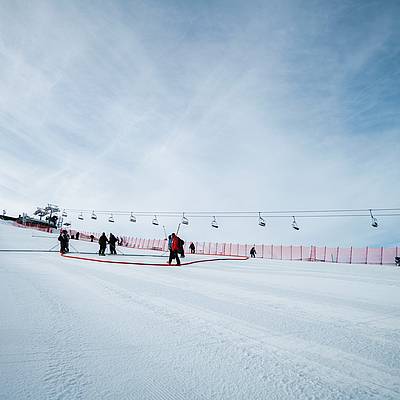 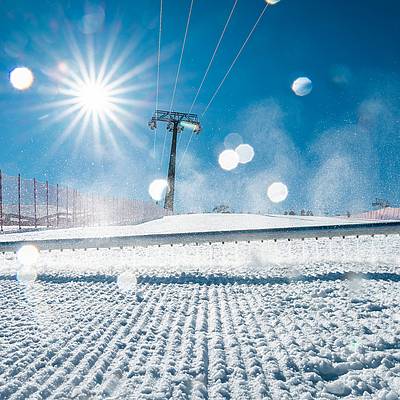 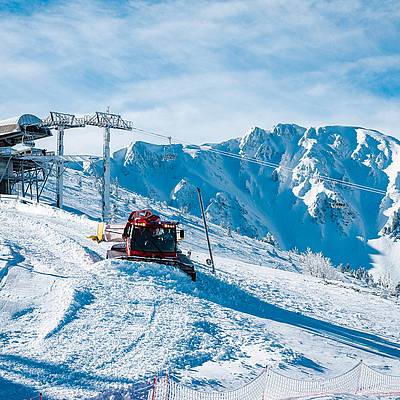 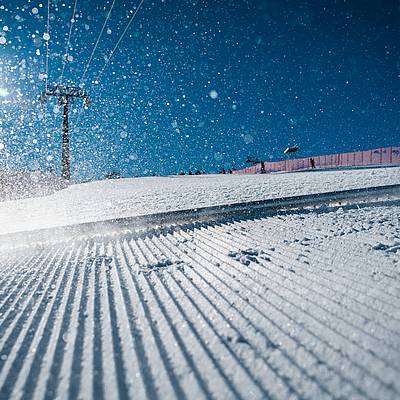